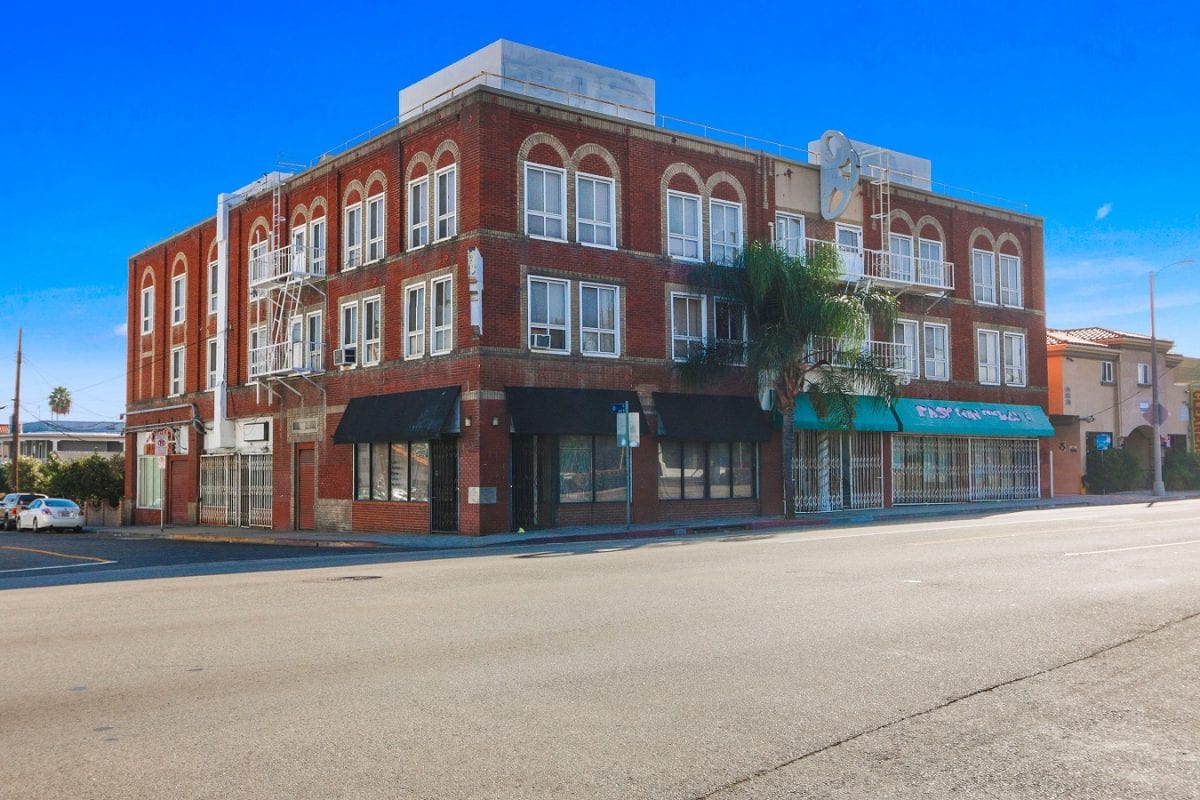 Own a Piece of San Pedro History!
Built in 1925 as the International Order of Odd Fellow’s Temple, this beautiful brick building needs your vision to bring it back to its original grandeur! With 5,710 square feet on a prime 9000 square foot corner lot, there so are many possible uses for this amazing space. Along with retail storefronts facing both Gaffey  and 10th Streets, this historic building features a full ballroom and auditorium with a stage and balcony, all with original hardwood flooring.

San Pedro is in the midst of a new era!  Named by Mayor Garcetti in 2014 as part of his “Great Streets Initiative”, Gaffey Street is undergoing a $7 million makeover which includes newly installed Palm Trees in the median coming into town as well as the San Pedro exit park, which has transformed a vacant lot with new landscaping, and flags to celebrate Los Angeles’ 25 sister cities!  The street will also be improved over the coming years with mini medians, bulb-outs at corners, and eventually pedestrian-level street lighting, decorative pavers, and improved bus and transit shelters.

They say if you want to know where the next up-and coming neighborhood is, look for a Starbucks!  A brand new drive-through Starbucks will be opening near the corner of 9th and Gaffey in the next several weeks!

Just blocks away is a redeveloping downtown Arts and Entertainment district, home to the iconic Warner Grand Theater and shops, galleries, restaurants and more, and home to a weekly farmer’s market and the First Thursday Art Walk.

As you move closer to the waterfront you’ll find Alta-Sea, the new 35 acre campus designed to expand science-based understanding of the ocean, sustain ocean-related business, and offer ocean-related education programs.

Of course, our biggest and most exciting development is happening at the waterfront!  Announced in 2016, with the first new stores set to open in 2020, – the new SAN PEDRO PUBLIC MARKET !  Replacing Ports O’ Call village is a new $100 Million project which will include 150,000 square feet of restaurants, shopping, fresh markets and boutique style office space and a waterfront promenade allowing for more public access.